EvidenceCare’s unparalleled solution is propelled by an innovative team with each member bringing a unique perspective and skill set to the table, and an unwavering focus on delighting the customer.

Samuel “Bo” Bartholomew is CEO of Evidence Care. Prior to Evidence Care Bo was CEO and founder of PharmMD (now AdhereHealth), a leader in medication therapy management services. He served as chief revenue officer at Shearwater Health and is a board member at several health tech ventures. Bo also incubated a health advocacy company and a telemedicine physician access start-up company. He spent four years with HCA’s Executive Development program, where he helped build one of HCA’s newest hospitals and then managed HCA’s oldest hospital. Bo earned his MBA from Vanderbilt’s Owen School of Management and has a Masters in Christian Studies from Regent College in Vancouver, BC and his undergraduate from Davidson College in North Carolina.

Dr. Brian Fengler is the co-founder and Chief Medical Officer of EvidenceCare. During his career as an emergency medicine physician, Brian saw and experienced a provider struggle to access evidence-based content quickly and at the bedside. Looking to fill this gap, Brian founded EvidenceCare in 2014.

After finishing his residency at the University of Virginia Health System in 2008, Brian moved to Nashville where he began his practice in the emergency department of St. Thomas Health System. He was also a founding physician and managing director of Physicians Urgent Care and a partner-owner of Middle Tennessee Emergency Partners physician group. During these ventures, he served as an assistant professor of emergency medicine for the University of Tennessee/St. Thomas residency program. In 2016, Dr. Fengler left the daily practice of medicine to focus full-time on his work at EvidenceCare.

Jim Jamieson has been a champion for EvidenceCare since the very beginning, working alongside CEO and Co-Founder, Dr. Brian Fengler to bring the company from an idea to what it is today.

EvidenceCare provides evidence-based clinical knowledge at the point of care. Designed by physicians and curated by leading physician experts and medical societies, patient-specific protocols are available via a fully-integrated EMR solution that streamlines workflows. Content is easy to read, shareable with patients and their families and personalizes the patient experience to improve quality, outcomes and reduce cost.

As Co-Founder and President, Jamieson oversees the company’s strategic direction for revenue growth including sales, marketing, recruiting, and fundraising and manages the day to operations for the company. Prior to EvidenceCare, Jamieson built and led sales and implementation teams while serving as Vice President of Business Development for national revenue cycle companies.

Prior to his work in healthcare, Jamieson worked as program manager with several defense and technology contractors, managing high-profile, complex projects for clients that included: Department of Labor, Health and Human Services, the Dept of Homeland Security and the U.S. Army.  His degree is in Business Management Information Systems from Florida Atlantic University (FAU). Prior to attending FAU, he served as an active Sergeant in the United States Marine Corp where he developed the discipline, management, and relational skills he uses in his career today.  Jim enjoys paying it forward and helping charities where he can.  For example, he’s been a part of Big Brothers Big Sisters of America, assists with the Nashville Rescue Mission and donates to the Wounded Warriors Foundation to name a few.  His passion is traveling the world as much as possible and he enjoys working out and spending time with his wife, Macon.

Britt brings over 14 years of experience in accounting, financial planning and analysis, and capital raise activities to EvidenceCare, making him the perfect fit for our chief financial officer. In this role, he oversees the administrative and financial side of the business, keeping our company on track with a solid budget and communicating with stakeholders.

Most recently, Britt served as chief financial officer and secretary of the board, and before that corporate controller, at JourneyPure, a behavioral healthcare provider based in Brentwood, Tennessee, where he was responsible for the company’s financial, accounting, treasury, and corporate administrative activities. Before his time at JourneyPure, Britt oversaw accounting and reporting for naviHealth and served as head of strategic financial planning analysis and regional plant controller for Mars, Inc.’s pet care division. Prior to corporate accounting and finance, Britt worked in public accounting for Deloitte.

Amy brings nearly 20 years of management consulting experience to her role as EvidenceCare’s chief operating officer. As COO, Amy oversees implementations, account management, and operations for the company. She has spent the majority of her career in the healthcare technology space and has successfully led large-scale IT implementation projects for acute, ambulatory, and post-acute organizations nationwide.

Prior to joining EvidenceCare, Amy was a partner at Cumberland Consulting Group in their provider division. As an executive in the firm, she was responsible for business development, engagement delivery, and account management. Amy has a valuable reputation as a passionate leader who isn’t afraid to “roll up her sleeves” and work with clients to execute operations-focused transformation initiatives and maximize the value of their technology investments through strategic implementation projects.

Ryan Macy brings eight years of developer and leadership experience to his role as chief technology officer at EvidenceCare. In this role, Ryan oversees the technical and security side of our product as well as manages our team of developers and the continued building and improvement of EvidenceCare’s functionality.

The last five years of Ryan’s career have been spent building apps in highly regulated environments, such as banking, legal, and healthcare. He held positions as VP of engineering at SimplyAgree, technical advisor at Belle and Spera Health, and technical founder, CEO, and CPO at Satchel Health. Ryan also held engineer and developer roles at Landmark Global, Emma, Inc., and BorderJump, all while serving as a military police officer in the Army National Guard.

EvidenceCare relies upon the wisdom, counsel, and vision of world-class advisors, each of whom have been wildly successful developing, building, and operating extraordinary organizations. 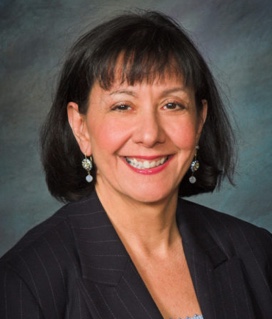 Arthur B. Laffer’s economic acumen and influence in triggering a world-wide tax-cutting movement in the 1980s have earned him the distinction in many publications as “The Father of Supply-Side Economics.”  The Laffer Curve is one of the main theoretical constructs of supply-side economics, illustrating the tradeoff between tax rates and actual tax revenues.

Dr. Laffer’s career has been marked by experience and success in business, in public policy, and as an academic economist and professor.

Dr. Laffer has been widely acknowledged for his economic achievements.  A March 1999 Time Magazine cover story “The Century’s Greatest Minds” deemed the Laffer Curve one of “a few advances that powered this extraordinary century.”  He was listed in “A Dozen Who Shaped the ‘80s” in the Los Angeles Times on January 1, 1990, and in “A Gallery of the Greatest People Who Influenced Our Daily Business” in the Wall Street Journal on June 23, 1989.  His creation of the Laffer Curve was deemed a “memorable event” in financial history by the Institutional Investor in its July 1992 Silver Anniversary issue, “The Heroes, Villains, Triumphs, Failures and Other Memorable Events.”

He has received numerous awards and recognition for his economic work, including: two Graham and Dodd Awards from the Financial Analyst Federation for outstanding feature articles published in the Financial Analysts Journal; the Distinguished Service Award by the National Association Investment Clubs; the Adam Smith Award for his insights and contributions to the Wealth of Nations; and the Daniel Webster Award for public speaking by the International Platform Association.  Dr. Laffer also earned the Father of the Year award from the West Coast Father’s Day Committee in 1983.

Dr. Laffer is the author of a number of books, including the End of Prosperity: How Higher Taxes Will Doom the Economy—If We Let it Happen, which was a nominee for the F.A. Hayek book award in 2009, and most recently Return to Prosperity.

Dr. Laffer currently lives in Nashville, Tennessee where he is the founder and chairman of Laffer Associates, an institutional economic research and consulting firm, as well as Laffer Investments, an institutional investment management firm utilizing diverse investment strategies.  The firms provide research and investment management services to a diverse group of clients, which includes institutions, pension funds, corporations, endowments, foundations, individuals and others.

Mary currently serves as Vice President of Hewlett Packard Enterprise’s (HPE) Global Healthcare Practice. In this role, she drives the overall HPE healthcare strategy and the development and maintenance of vertical industry offerings. A recognized thought-leader and collaborator, Mirabelli identifies and nurtures partnerships within the larger healthcare eco-system, building capacity to scale and industrialize healthcare solutions in areas ranging from big data and cybersecurity to hybrid infrastructure and workplace productivity.

Prior to her role with Hewlett Packard, Mary served as a senior executive at Hospital Corporation of America (HCA), the world’s largest health care provider. In her role as Chief Program Officer, Mary managed a health information technology portfolio representing an annual budget of over $150M and generating a return of over $500M to HCA. She led a team of over 200 Healthcare Information Technology professionals to serve the needs of the HCA enterprise. She managed the greenfield development of a clinical data warehouse which included the formation of a data monetization business case to create a new non-operating revenue stream for the company.

Earlier in her career, Mary was Senior Manager and Vice President in the Health Provider and Managed Care Practice at Cap Gemini Ernst & Young. Also, Mary has had day-to-day operations experience as Director of Ambulatory Care Services and Director of Occupational Therapy Services at Christ Hospital and Medical Center a member of the Advocate Health Systems in the Chicago area.

Mary’s governance experience includes currently serving as the National Chair for the Healthcare Financial Management Association (HFMA), a 40,000-member organization. Mary served as Chair of the National Audit and Finance Committee and the National Compensation Committee for HFMA, as a National Board Member, and chaired numerous other committees for the HFMA (2006-2016). In addition, she served as Chair of Federation of American Hospitals Health Information Technology Task Force (2011-2013). Other prior board positions include the HCA Foundation Board (2013-2014) and Vision Consulting, (2012-2014).